Parishioners Beverly Fisher Crawford and Peter Smiledge have collaborated on a new series for Trinity's blog. Through evocative words and stunning images, they invite us to discover, examine, and meditate on the plant and animal imagery in Trinity Church. This week, they look at grapes and vines... 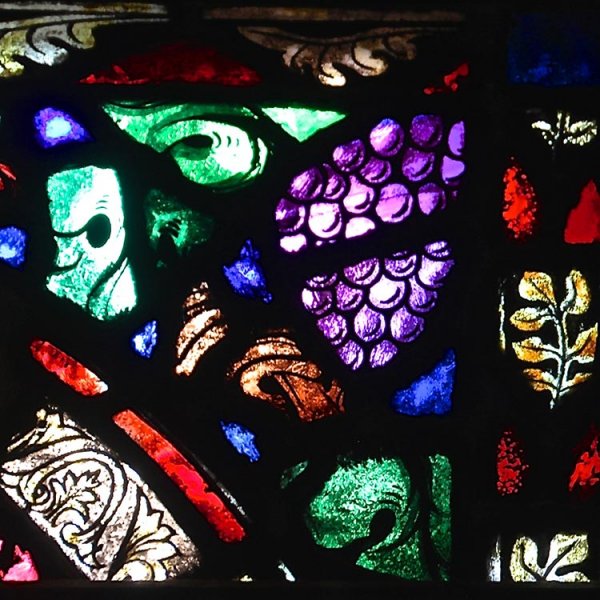 Perhaps no other plant – as well as its principal product, wine - is mentioned more frequently in the Bible than the grapevine. Along with cultivating grain and olives, grape growing and winemaking were essential elements of life in the ancient world. In Hebrew scripture, Noah is identified as the first grower of grapes, vintner, and consumer of wine. Psalm 104 tells us that “wine maketh glad the heart of man.” The vineyard was an apt and easily understandable metaphor for the relationship between God and his people. “For the vineyard of the Lord of hosts is the house of Israel” (Isaiah 5:7). In the New Testament, Jesus extends the metaphor by declaring in John’s Gospel: “I am the true vine and my Father is the husbandman” and “I am the vine, you are the branches.” 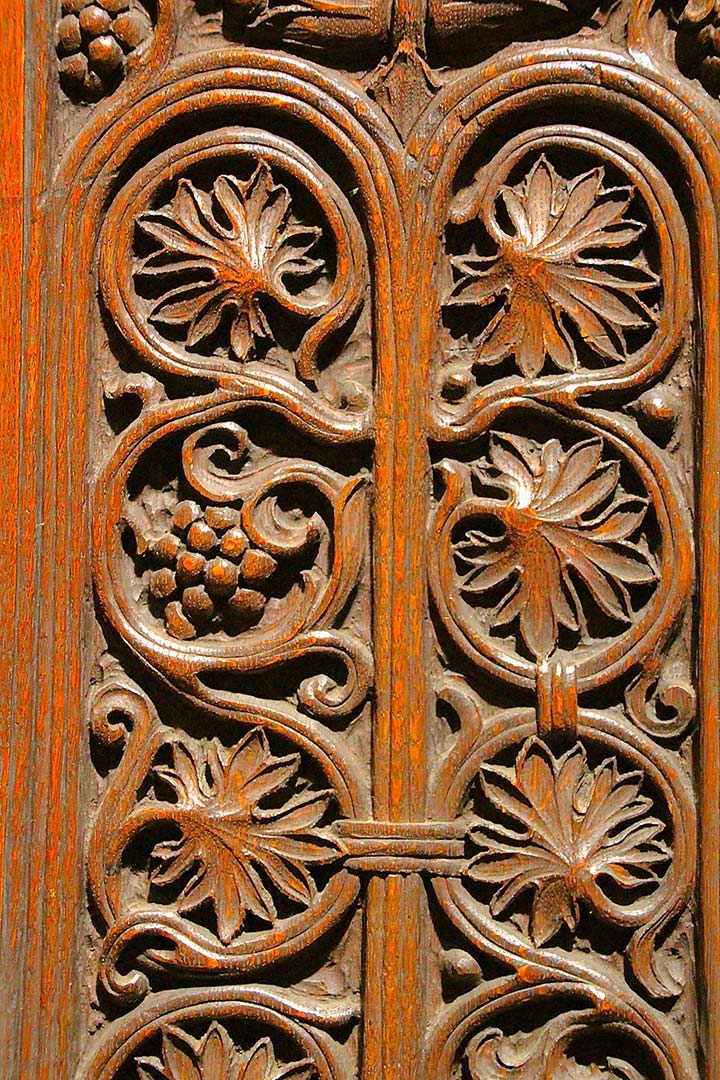 Given its prominence in scripture and its rich symbolism, it is no surprise that the vine was a frequently used symbol in Trinity Church. This motif is most prevalent in the chancel, beginning with the stone choir rails on either side of the broad step. Designed by architect Charles Coolidge and executed by stone carver John Evans, these richly carved, Byzantine style sandstone rails were installed early in the 20th century.

The grapevine was used extensively as a decorative element in the altar ensemble, making a representational and a literal connection to scripture. The vine motif on the front of the altar is reprised on the sides and on the flanking celebrant chairs. As you pass the table at the right end of the altar, find the relevant engraved text from John. 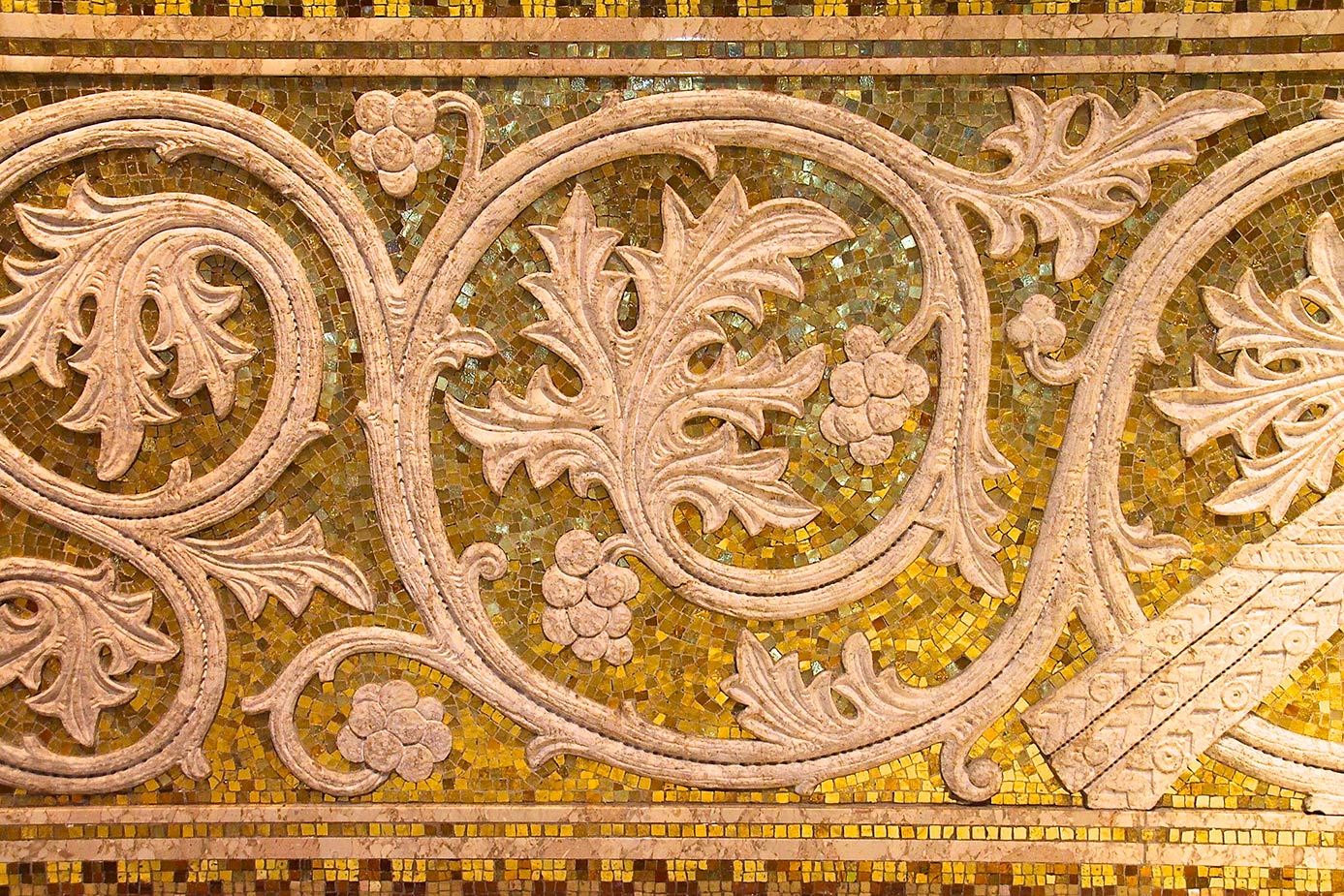 To the left and right as one enters the church are two beautiful – easily overlooked - stained glass windows which include more grapevines. Executed by Boston stained glass artist Margaret Redmond and installed in 1927, these neo-gothic style windows with jewel like clusters of glass show the four evangelists (right) and the apostles (left). Notice that the figures are surrounded by grape vines and grapes. 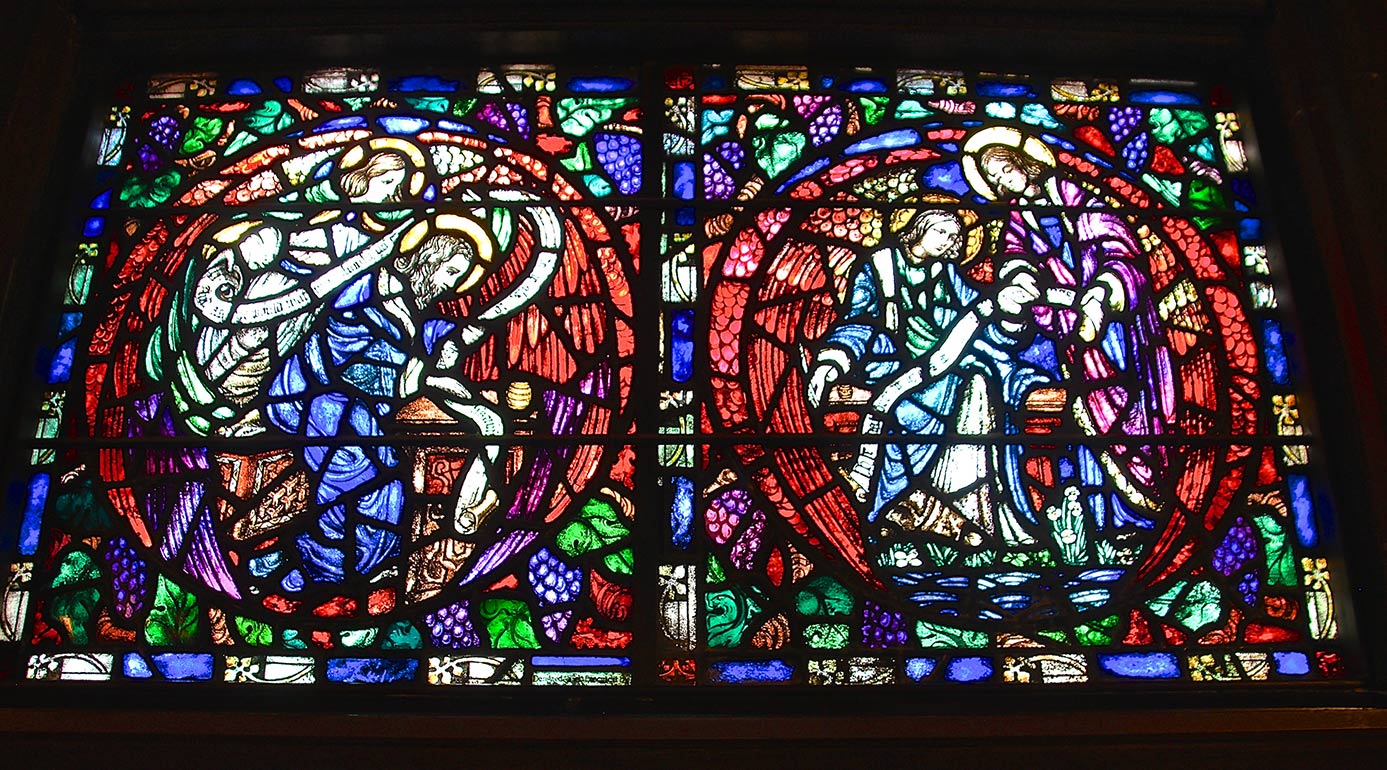 Now look again and see how many more grapes and vines you can find in and around Trinity Church.