Parishioners Beverly Fisher Crawford and Peter Smiledge have collaborated on a new series for Trinity's blog. Through evocative words and stunning images, they invite us to discover, examine, and meditate on the plant and animal imagery in Trinity Church. This week, they look at peacocks...

One of the central and most dramatic of the natural images in Trinity Church is the pair of peacocks on the western face of the altar. As the centerpiece of the 1938 McGinnis and Walsh redesign of the chancel, the marble and mosaic altar is decorated with a relief image of two peacocks flanking a chalice from which a grape vine spreads. Look carefully. The peacocks appear to be eating the grapes. 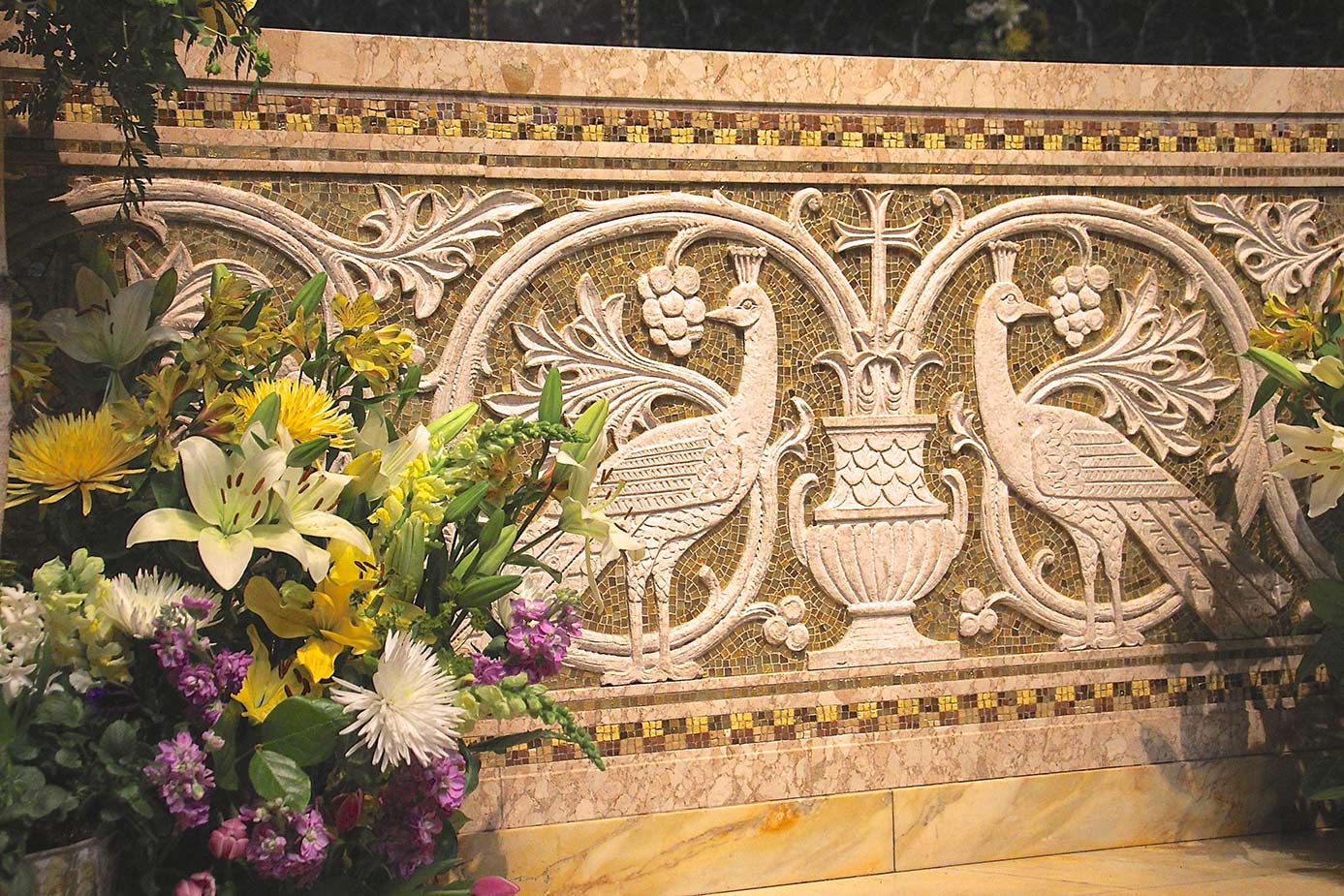 Because today the peacock represents vanity and pride, this perhaps seems an odd choice. What was the intent here? There was an ancient belief that the flesh of the peacock had restorative powers and did not decay after death. The peacock, it was said, could shed its feathers only to have them replaced by a new, even more brilliant display. Accordingly, early Christians adopted the peacock as a representation of renewal, resurrection, and eternal life - and at times even as a symbol for Christ Himself. 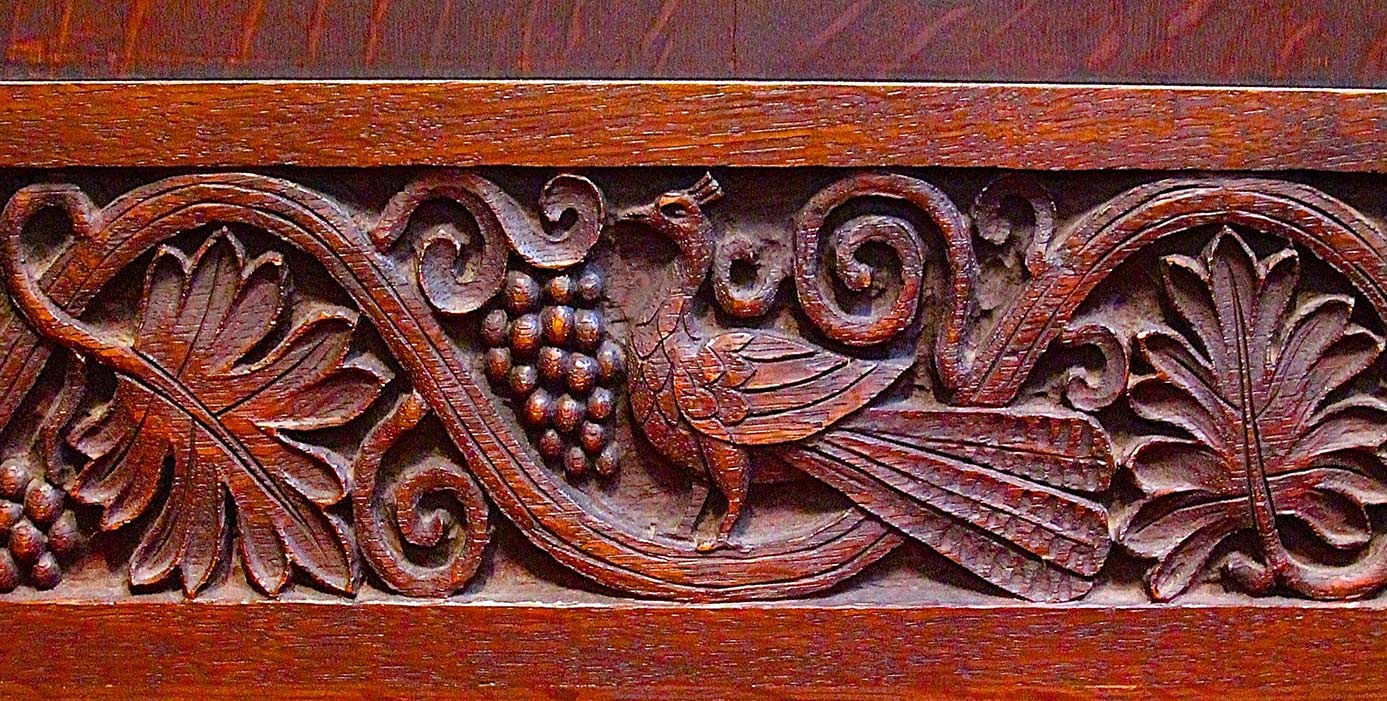 Where do you think we found the smaller peacock carved in oak?