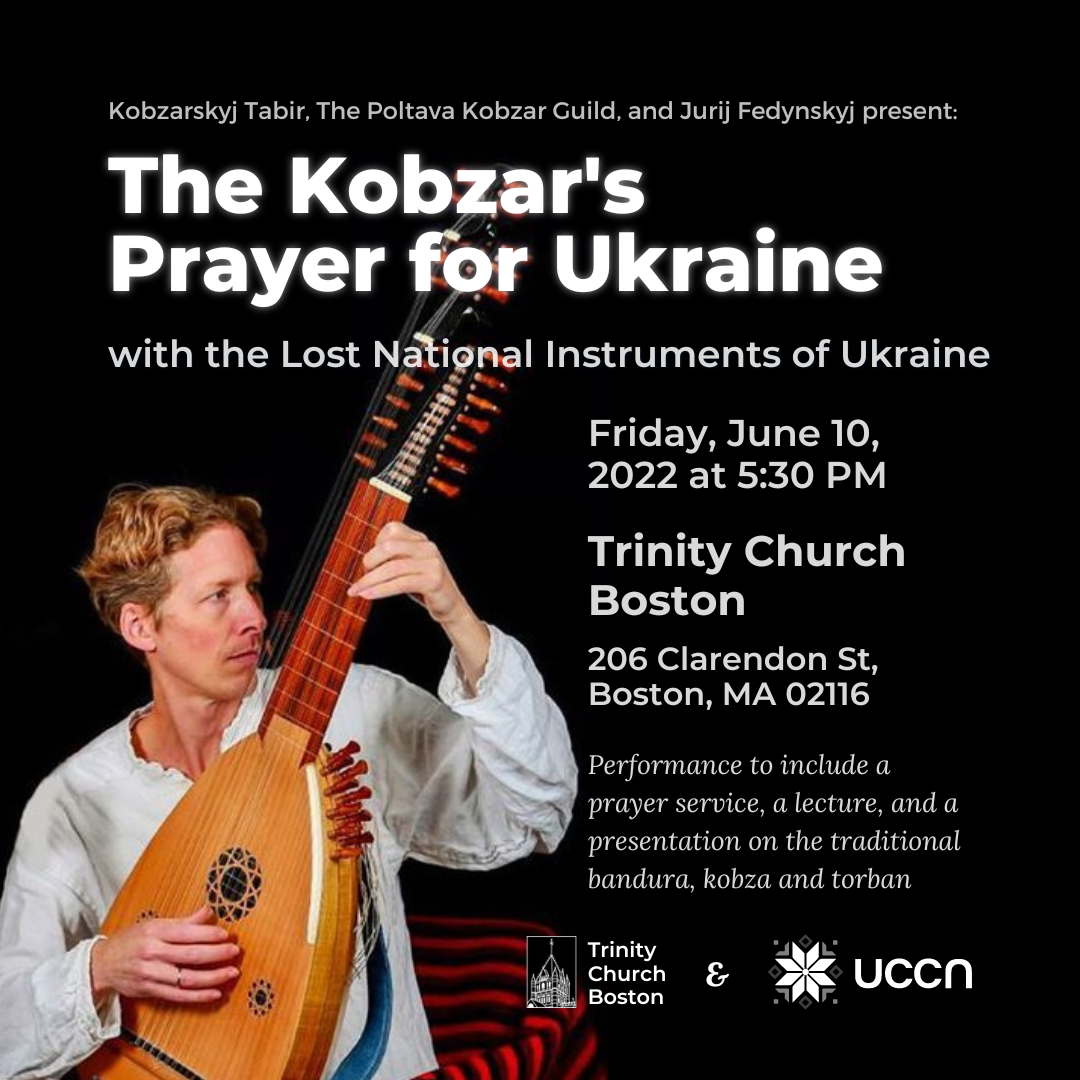 The Ukrainian Cultural Center of New England invites you for The Kobzar’s Prayer for Ukraine by Jurij Fedynskyj, inside Trinity Church Boston's sanctuary.

Jurij Fedynskiy is a Ukrainian-American composer, torbanist, bandurist and singer-songwriter, producer, bandleader, luthier, cultural activist, and pedagogue. Jurij is a kobzar folk singer, a keeper, and a cherisher of a once lost Ukrainian tradition and folklore. This kobzar tradition was completely destroyed by 1933, through mass executions and starvation of all kobzars by Russia. Today, for Jurij it is important to save what’s left before it disappears forever.

For the first time in 100 years, the traditional torban, kobza, and bandura will be heard worldwide, as part of Jurij's worldwide tour - Kobzaring the World! Admission is FREE, any donations made during the concert will go to supporting the Poltava Kobzar Guild in Ukraine, and their efforts to revive the kobzar tradition in Ukraine and abroad, and defend Ukraine thereof.

Here is the Facebook Event page for the concert.

Add To My Calendar

9 am Worship from the West Porch