Trinity Church in the City of Boston is recognized for its National Historic Landmark building, considered by members of the American Association of Architects as one of this country’s top 10 buildings. The parish that calls it home was actually founded in 1733, more than 150 years before the current church was built.

Phillips Brooks, Rector from 1869-1891, is considered the greatest American preacher of the 19th century; his sermons are still read. His Christmas carol, “O Little Town of Bethlehem,” is how most Americans might know him today. Other influential Rectors known for their preaching have included the Rev. Theodore Parker Ferris (1942-1972) and the Rev. Spencer Rice (1982- 1992).

The famous Copley Square building is the third home to this parish. The first two were located in what is now the Downtown Crossing area of Boston. After the second church was destroyed by the Great Fire of 1872, Brooks moved the parish to Boston’s new Back Bay neighborhood, a recently land-filled marsh.

The builders of the existing Trinity Church—Phillips Brooks, H. H. Richardson, John La Farge, Robert Treat Paine, Sarah Wyman Whitman and many others—envisioned the new space for worship unlike any other. The stunning result catapulted this new church building into the first rank of American art and architecture.

The needs of the parish have changed over the years.  In the late 1990s, under the leadership of its Rector, the Rev. Samuel T. Lloyd, the parish launched another ambitious building project. Much needed common space for programs and ministries—today’s Undercroft—was created by excavating more than 13,000 square feet below the church. The adjoining Parish House was renovated, and Aeolian-Skinner organs repaired. At the same time, innovative, eco-sensitive new technologies were installed for the heating/cooling systems.

Painter John La Farge aimed to create “the feeling that you are walking into a painting” with his murals that cover nearly every inch of Trinity’s church interior. By 2000, the ravages of pollution and natural elements had begun to damage this priceless artwork. Ten stained glass windows were also in need of care. Conservation specialists stabilized and cleaned surfaces in the Central Tower in addition to restoring and preserving priceless murals while stained-glass experts cleaned and releaded ten windows. The rest of the church interior needs similar care.

Service to the Community

Thriving outreach ministries have been as much a part of Trinity’s DNA as its architecture, preaching, teaching, and pastoral care.  With our baptismal vows, we promise to seek and serve Christ in all persons, and to strive for justice, peace, and dignity among all people. These ministries have often reflected the needs of the time—job training and child care for recent immigrants, responding to health crises such as tuberculosis and AIDS, feeding the hungry, and helping to house the elderly and homeless.

Trinity has long been a leader in establishing transformational programs for people in the city. Many of these programs continue as independent entities today. Trinity Church Home for the Aged, founded in 1910, is an offshoot of parish ministry. It now serves the community as Sherrill House, a nonprofit skilled nursing and rehabilitation facility. In the 1980s, AIDS Support Committee’s work led to the founding of Trinity Hospice, and a new residence for HIV-positive clients. In partnership with Pine Street Inn, another Trinity ministry known as Yearwood House that was established in 2007 provides independent housing to previously homeless persons.

Perhaps most notably, in the 1990s Trinity established two programs that have continued to grow and support Boston’s youth. Trinity Education for Excellence Program (TEEP) and Trinity Boston Counseling Center (TBCC), became part of the Trinity Boston Foundation (TBF), which was established in 2007 as an affiliated nonprofit organization to grow these programs with additional support from outside the parish. 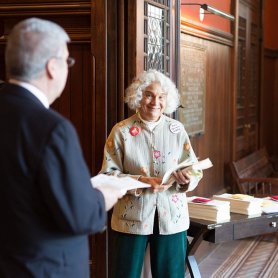 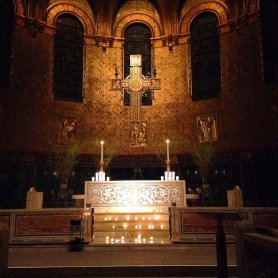