Deep in Wonder -- Full of Joy

The women, deep in wonder and full of joy, lost no time in leaving the tomb.

Easter is just days away. As it dawns, with it comes a deep wonder and fullness of joy. Wonder that God can love the world so much that love wins out over injustice and death. Joy that this triumph of love means life not only for Jesus, risen from the dead, but also for us.

That Divine Love has the power to heal all injustice and bring life out of death is cause not only for wonder and joy, but also for courage. When I teach the Inquirers’ Class here at Trinity about the wonder and joy of the Resurrection, I always say: “When we come to believe—really believe—in Resurrection, then everything changes. Since death does not have the last word, then we can risk living courageously. Every loving thing we do—from the smallest to the greatest—will endure, by the grace of God. And we can be sure that every unjust, death-dealing thing we have the chance to counter will eventually die, and be swallowed up in God’s indefatigable love.”

That indefatigable love is a major theme in A Wrinkle in Time, Madeleine L’Engle’s wise and winsome masterpiece, which has just appeared in movie form in theatres here and across the US. In the novel, Meg Murry—a young teenager who feels anything but assured of herself—risks her life to travel through time and space to rescue her beloved little brother from an evil otherworldly force called IT.

But Meg is armed with three gifts, one from each of three endearing, oddball, and oddly appareled angel-like creatures: Mrs. Whatsit, Mrs. Who, and Mrs. Which. Mrs. Whatsit gives Meg love. Mrs. Who reminds Meg that God chooses the foolish to confound the wise, and the weak to overcome the strong (I Corinthians 1:27-29), and Mrs. Which tells Meg that she has one thing that IT does not have. Meg is terrified, but takes her gifts, and goes to find her brother, rescuing Charles Wallace from IT by her foolish and weak-but-unfaltering love for him—the one thing that IT does not have.

Perhaps only a foolish and weak God would choose to rescue Creation from injustice and death by the Love of One hanging from a cross. But that Love at work turns out to be more powerful than anything and everything else. And not only once upon a time in Jesus. But in Meg Murry, and you, and me. What a deep wonder! May it bring you to fullness of joy! 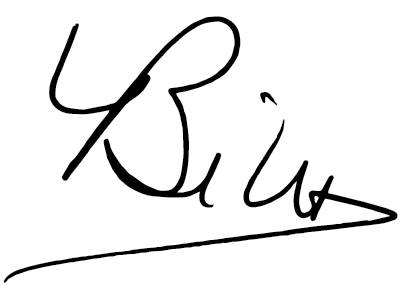