Another recurring icon at Trinity Church is the dove.  In Luke’s Gospel, the Holy Spirit descends in the form of a dove as Jesus is being baptized.  Thus, the dove became the dominant symbol for the Holy Spirit, with the dove often depicted in descent from a high, central point in a church.

At Trinity, we see just such a representation high in the chancel in the armature holding the cross above the altar. Here the descending dove has a three-banded halo designating it as the Holy Spirit, one element of the Holy Trinity. Designed by architect Charles McGinnis and executed by fabricators Irving & Casson, this ensemble was a major feature of the 1938 chancel redecoration and, in vertical alignment with the altar, became the focal point of worship in Trinity Church. 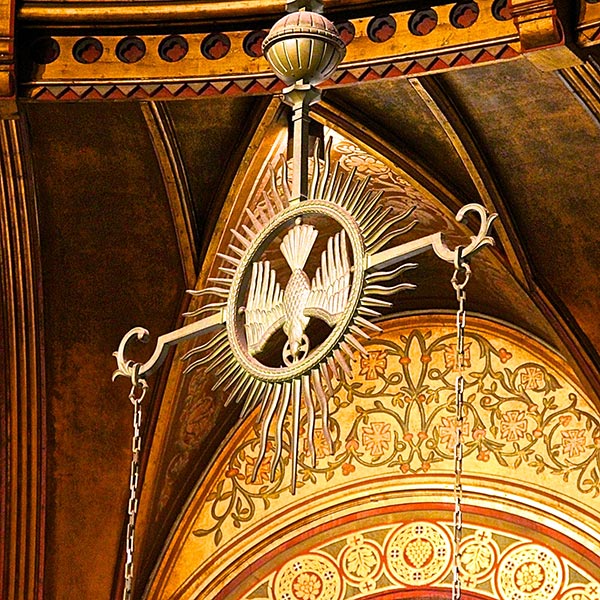 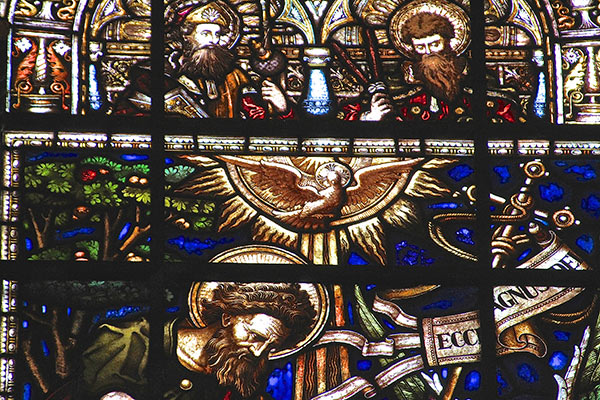 The Day of Pentecost, the stained glass window on the right in the upper south transept, shows the dove as the Holy Spirit descending upon the Apostles. Looking carefully, one can also see tongues of fire, another symbol for the Holy Spirit, resting on their heads. This window is part of the dramatic Easter triptych, which was completed in 1878 by the French studio of Eugène Oudinot. 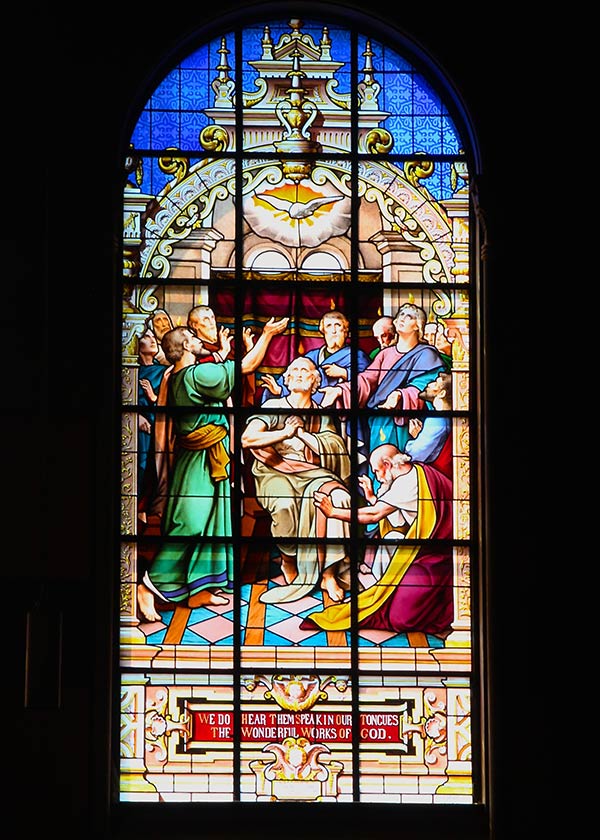 In John LaFarge’s 1895 stained glass window Presentation of Mary at the Temple, located on the south clerestory, the dove again appears at the very top of the window. This window was given to the church as a memorial to Julia Appleton McKim, wife of Charles McKim. 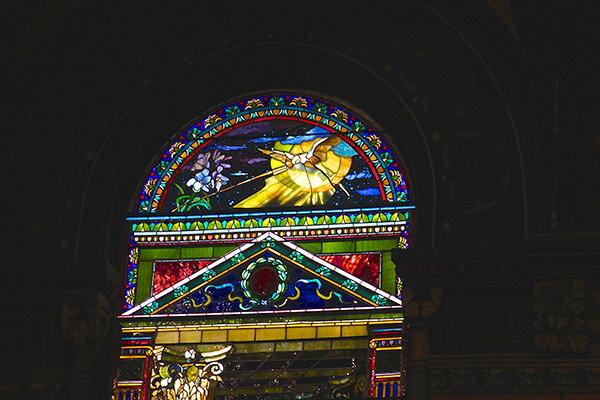 The first major redecoration of the chancel at the turn of the 20th century included choir seating and a rector’s stall. Designed by architect Charles Coolidge of H.H. Richardson’s successor firm and executed by the A.H. Davenport Company, this furniture is rich with natural iconography, including the dove. Once again, we see the dove in downward flight on the front of the rector’s stall canopy. Two more doves are perched on the corners of the canopy. 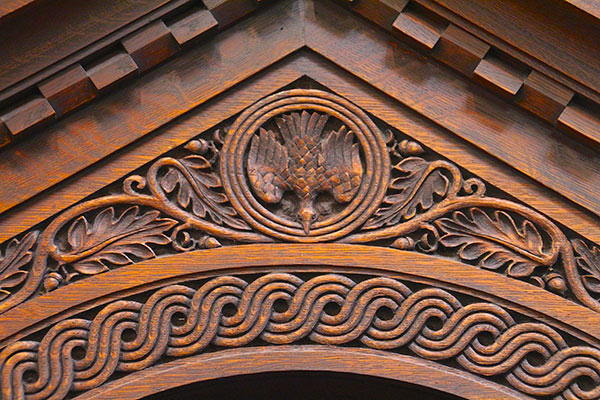 Look around the sanctuary and see how many more doves you can discover.